Many thanks to my friend Jason Tsang, of White Horse Tai Chi, for bringing me this beautiful Tigersden seal back from Hong Kong. It was specially made by hand, and features a carved Tiger on the top! 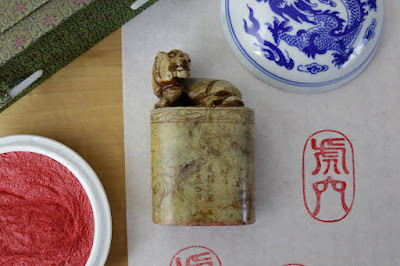 The same characters as the Tigersden Registered Trademark that is branded onto the blades. Except that the mujian use a slimmer seal, because those proportions are more suited to a narrow blade.


Although greatly feared in China, the tiger was symbolic of strength, courage and military prowess. It was also synonymous with protection, because the character for Tiger, Hu, has the same sound as the character for Protection. Tigers have been used as symbolic and talismanic images since ancient times, and have been particularly popular as talismans on hats and shoes for children. In the Ming and Qing dynasties the Tiger was used to denote the 3rd and 4th military officer ranks.


The second character on the seal is Xue, which in this case means den. However, it also means cave, so the name Tigersden, is actually a play on my own family name. This is quite fitting because Chinese culture has a long tradition of using puns, rebuses, and homophones.

Jason Tsang, and White Horse Tai Chi, can be found on facebook :
https://www.facebook.com/WhiteHorseTaiChi
Posted by Graham Cave at 07:12 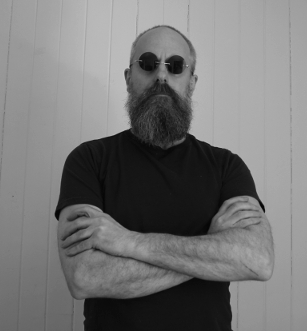